What does this important translation of a 3000 years BC Papyrus tell us about inclining a patient with traumatic neurological injury?

1. The treatment is to avoid laying a patient with a fractured skull down flat and references to a bed being used as a treatment to produce a sitting posture is clear, and given that beds were made purposely to be inclined and are exhibited in museums around the world, it is difficult to imagine that a bed would be sawn in half with only the upper body elevated into a sitting posture.

2. Two bricks were made into supports and presumably used by placing them under the head end of his bed to affect an inclined sleeping posture. There is no other logical explanation.

3. It was not sitting but resting on an incline that would determine whether the patient lived or died.
We know from ancient Egyptian inclined beds found in tombs, that these advanced people understood the importance of gravity in driving circulation and I suspect that they understood how nerves can only grow and repair in the direction of gravity. 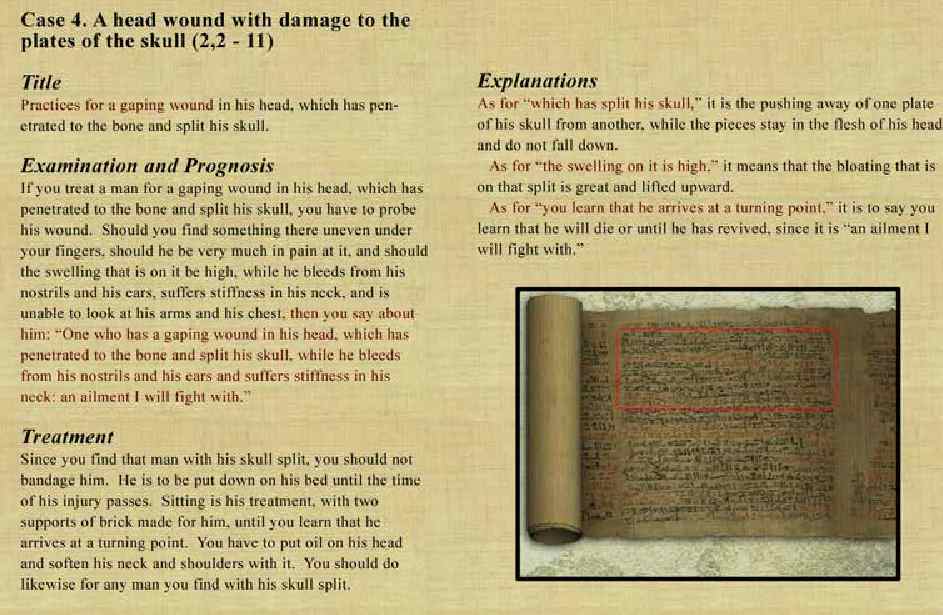 Practices for a gaping wound in his head, which has penetrated to the bone and split his skull.

if you treat a man for a gaping wound in his. head, which has penetrated to the bone and split his skull, you have to probe his wound. Should you find something there uneven under your fingers, should he be very much in pain at it. and should the swelling that is on it be high, while he bleeds from his nostrils and his ears, suffers stiffness in his neck, and is unable to look at his arms and his chest, then you say about him;

One who has a gaping wound in his head, which has penetrated to the bone and split his skull, while he bleeds from his nostrils and his ears and suffers stiffness in his neck; an ailment I will fight with.”

Since you find that man with his skull split, you should not bandage him. He is to be put down on his bed until the time of his injury passes. Sitting is his treatment, with two supports of brick made for him. until you learn that he arrives at a turning point. You have to put oil on his head and soften his neck and shoulders with it. You should do likewise for any man you find with his skull split.

As for “which has split his skull," it is the pushing away of one plate of his skull from another, while the pieces stay in the flesh of his head and do not fall down. As for "the swelling on it is high." it means that the bloating that is on that split is great and lifted upward.

A Flash presentation of the entire scroll with English Translations. https://ceb.nlm.nih.gov/proj/ttp/flash/smith/smith.html 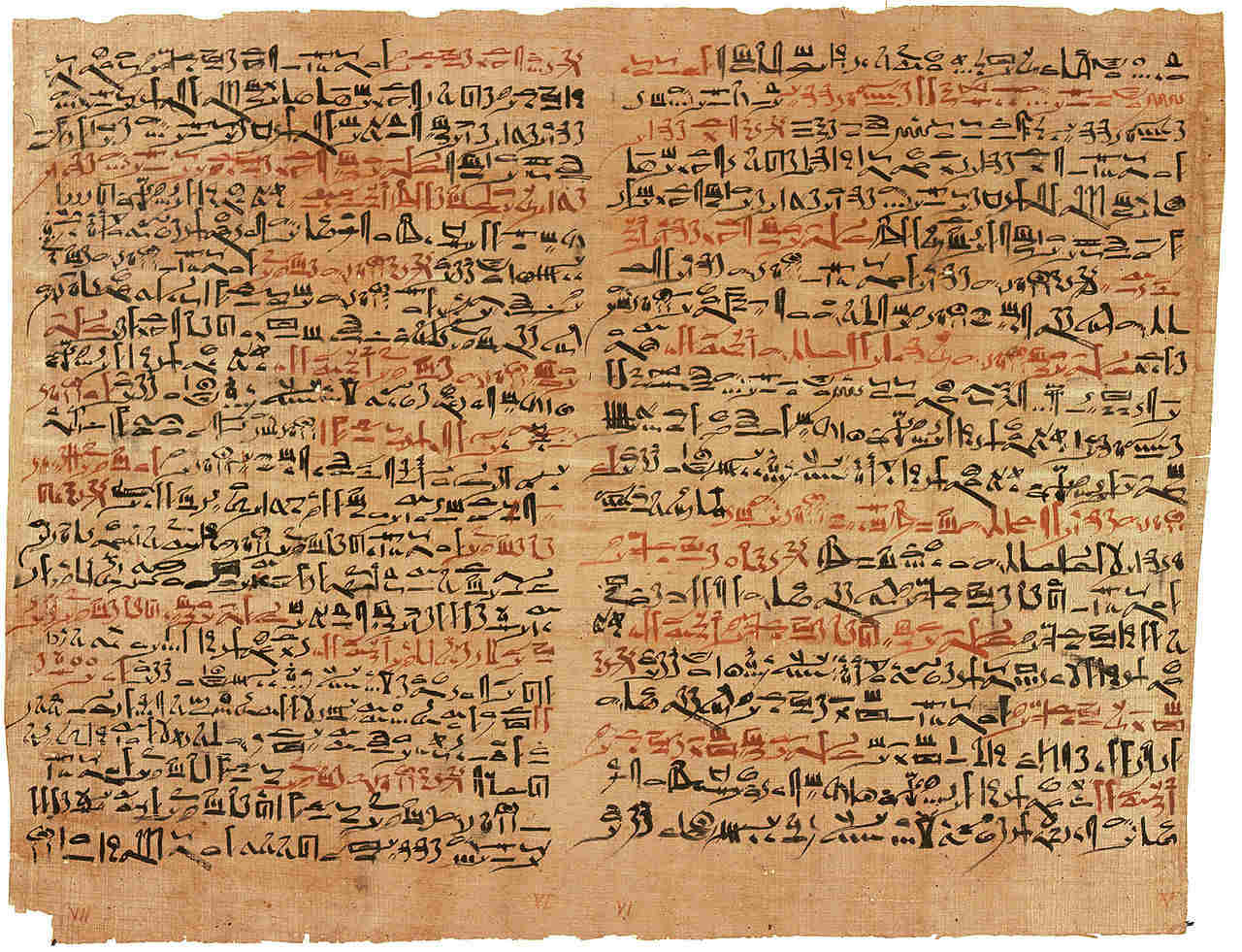 Early translation does not mention bed as part of treatment protocol.

* Reprinted in part from The Edwin Smith Surgical Papyrus. By James H. Breasted. Chicago: Univ.Chicago Press, 1930, 2 vols. With the kind permission of the University of Chicago Press.

The Edwin Smith Papyrus dates to Dynasties 16–17 of the Second Intermediate Period. Egypt was ruled from Thebes during this time and the papyrus is likely to have originated from there Edwin Smith, an American Egyptologist,[5] was born in Connecticut in 1822 – the same year Egyptian hieroglyphic writing was decoded.[2] Smith purchased it in Luxor, Egypt in 1862, from an Egyptian dealer named Mustafa AghaThe papyrus was in the possession of Smith until his death, when his daughter donated the papyrus to New York Historical Society. There its importance was recognized by Caroline Ransom Williams, who wrote to James Henry Breasted in 1920 about “the medical papyrus of the Smith collection” in hopes that he could work on it.[13][14] He completed the first translation of the papyrus in 1930, with the medical advice of Dr. Arno B Luckhardt.[9]:26 Breasted’s translation changed the understanding of the history of medicine. It demonstrates that Egyptian medical care was not limited to the magical modes of healing demonstrated in other Egyptian medical sources. Rational, scientific practices were used, constructed through observation and examination.

A Note on the Edwin Smith Surgical Papyrus by John A. Wilson