Inclining a Seat to Improve Performance, Reduce Fatigue and Improve Circulation, Whether sitting at the Computer or Driving a Car. 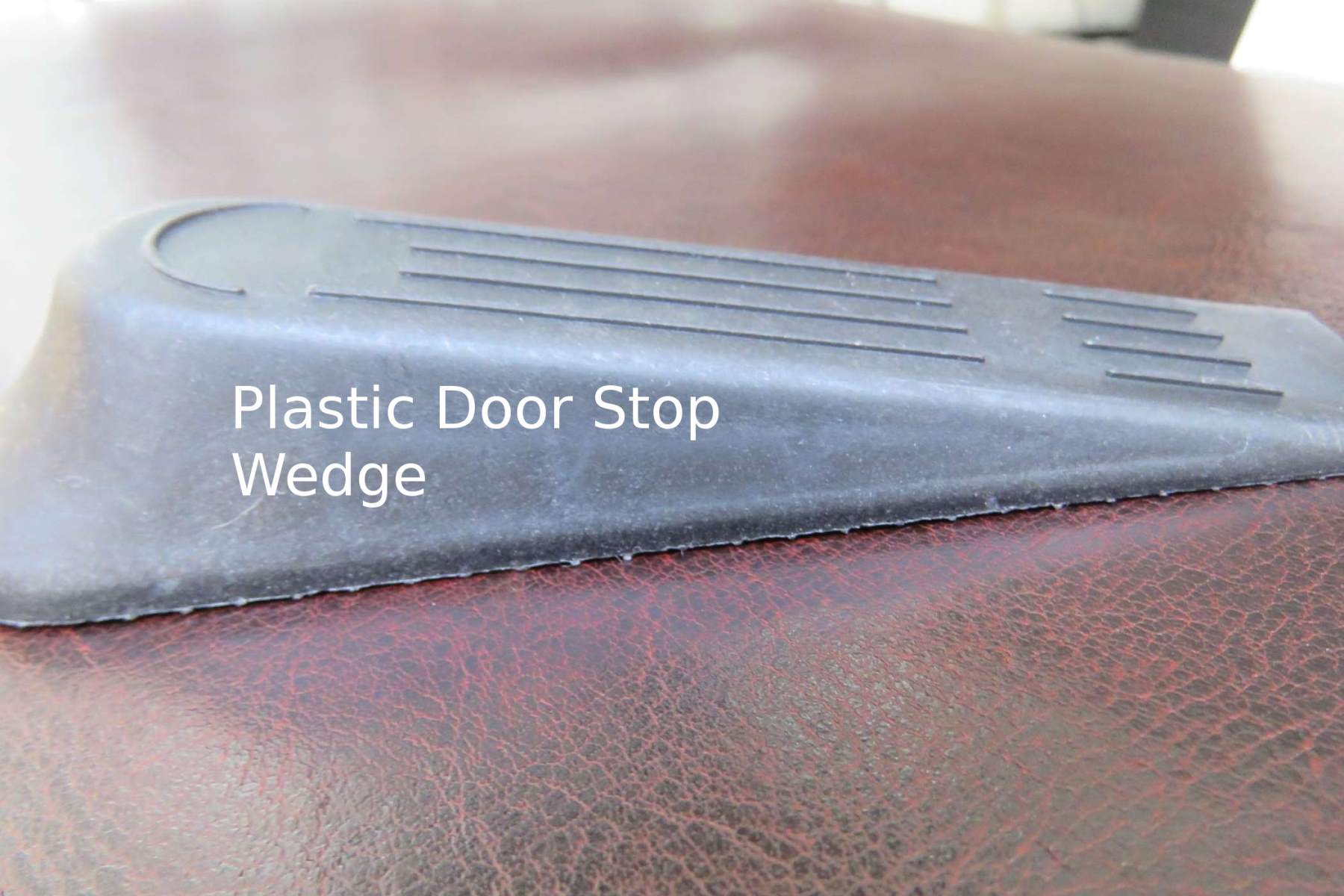 This is easily achieved, using two plastic door wedges. The wedges are inserted between the chair stand and the cushioned seat.

The door stoppers / wedges cost £1.29 including postage from Ebay for a pack of five.

Chair modified 18/08/2017 I will let you know how it goes. My computer chair already feels very different. I can feel it correcting my posture.

The object of this posture change is to enable gravity to assist the circulation right through our vessels. This is achieved by having the back of the seat slightly higher than the knees, or at least level with the knees, causing a gentle slope down.

The problem with most seating today is that it tilts our posture back, placing the knees higher than the seat. Aside from compromising our circulation and causing lethargy, this posture also causes pressure on the backs of the thighs, just above the knees, effectively restricting blood-flow and eventually leading to the development of oedema, heart and muscular atrophy, blood pressure problems and is a leading cause of deaths.-

“Standing while you read this could do something toward saving your life, according to Dr. James Levine, whose new book reveals how he came to the scientific conclusion that our chairs are killing us. "Sitting is more dangerous than smoking, kills more people than HIV and is more treacherous than parachuting. We are sitting ourselves to death," says Levine, a professor of medicine at the U.S.-based Mayo Clinic, in his book Get Up!: Why Your Chair is Killing You and What You Can Do About It." 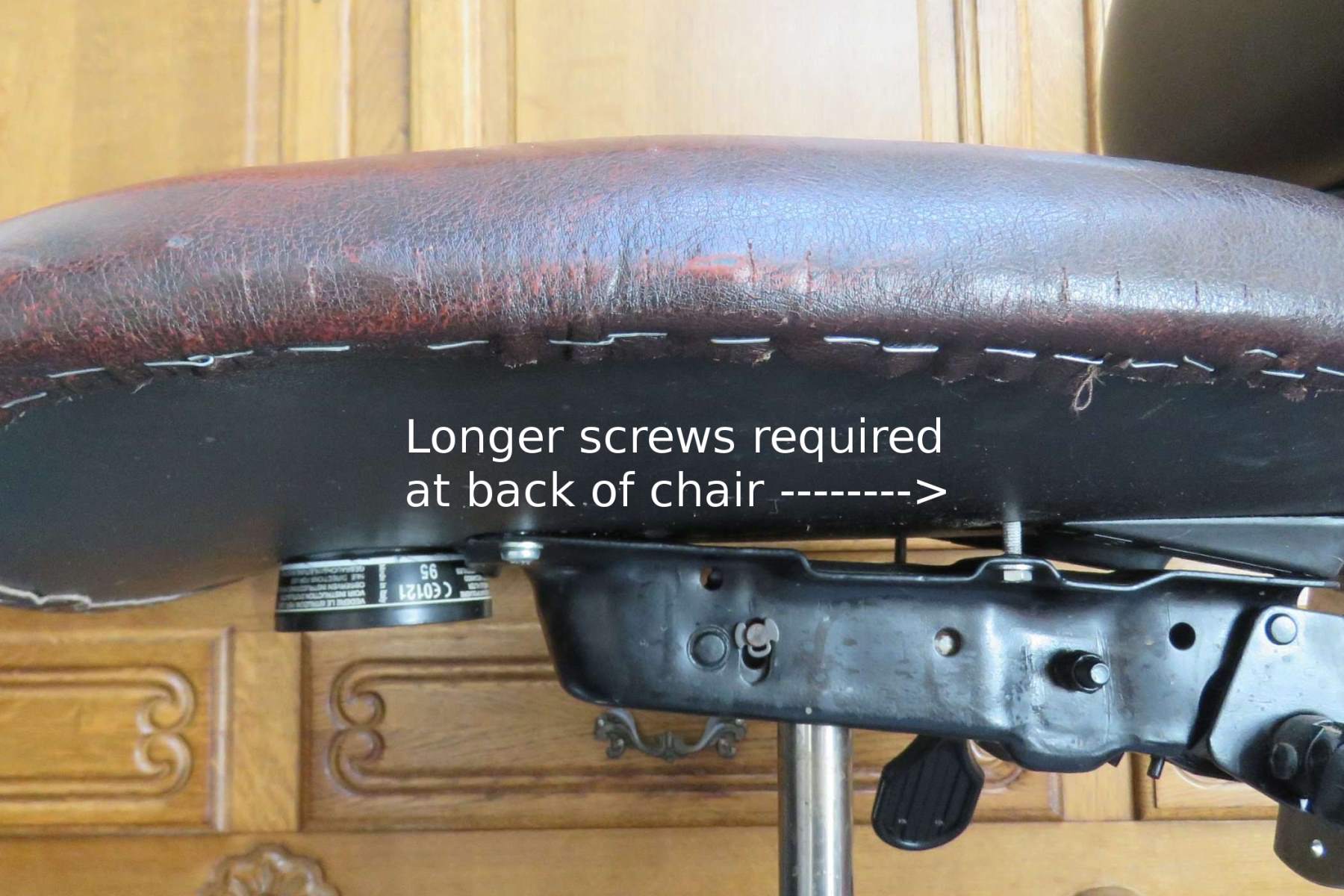 Having the seat cushion tilting forward relieves this pressure from the backs of the thighs.

This simple change addresses poor sitting posture. Try placing an extra cushion under you when you sit so as to raise your bottom higher than your knees. Bucket type seating is responsible for many health problems, including people falling asleep at the wheel.  Has anyone fallen asleep at the handlebars of a motorcycle?

The bucket seating position, which we are all subject to, is akin to wheelchair posture, designed to keep people tilted back into their seat, rather than considering how it affects our bodily functions.  This poor posture, undoubtedly causes a restriction on the natural pull of gravity acting upon density changes in the solutes in the circulatory system.

Falling Asleep At The Wheel

"According to the National Sleep Foundation’s 2005 Sleep in America poll, 60% of adult drivers – about 168 million people – say they have driven a vehicle while feeling drowsy in the past year, and more than one-third, (37% or 103 million people), have actually fallen asleep at the wheel! In fact, of those who have nodded off, 13% say they have done so at least once a month. Four percent – approximately eleven million drivers – admit they have had an accident or near accident because they dozed off or were too tired to drive."

Personally, I have experienced fatigue while driving and problems with walking after driving long distance in normal car seating position. However, when I use a cushion to raise the back of my seat higher, I find that I feel more alert, don't suffer fatigue and am able to walk normally immediately after getting out of a car, irrespective of how long I have driven the car.
I am left in no doubt whatsoever that incorrect seating posture is the primary cause of people falling asleep at the wheel. And that simple modifications to vehicle 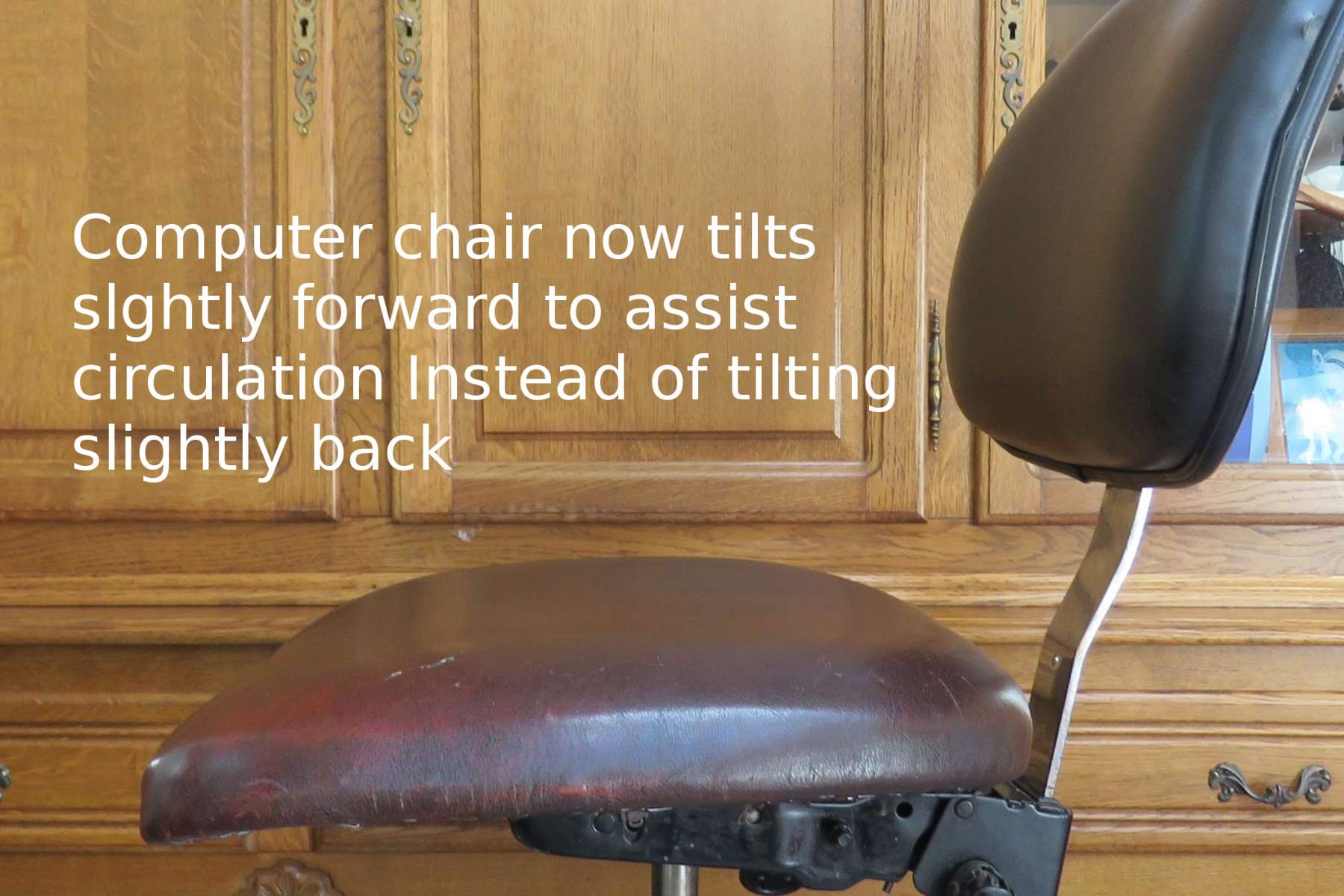 seating will make people feel alert and refreshed and more to the point, leaves them feeling alert, without the associated aches, stiffness and pains after a long drive.

Lorry drivers tend not to be affected as much as car drivers, because they are usually seated higher, with their arms facing down as opposed to arms facing up while holding a car steering wheel.

I have experienced first hand what it is like to be a passenger in a vehicle driven by someone who fell asleep at the wheel while driving. Trust me, you don't want this to happen to you!

I gave a talk about this important discovery and it's implications for vehicle safety, in the main boardroom at Jaguar cars for 2 hours, giving a lecture on where car seating is going wrong. Everyone who was in that room agreed with me, but later added in a letter: "Due to the style and nature of the jaguar car, we are unable to modify the seating posture at present."

“Sitting for hours helps you push up the flowers”