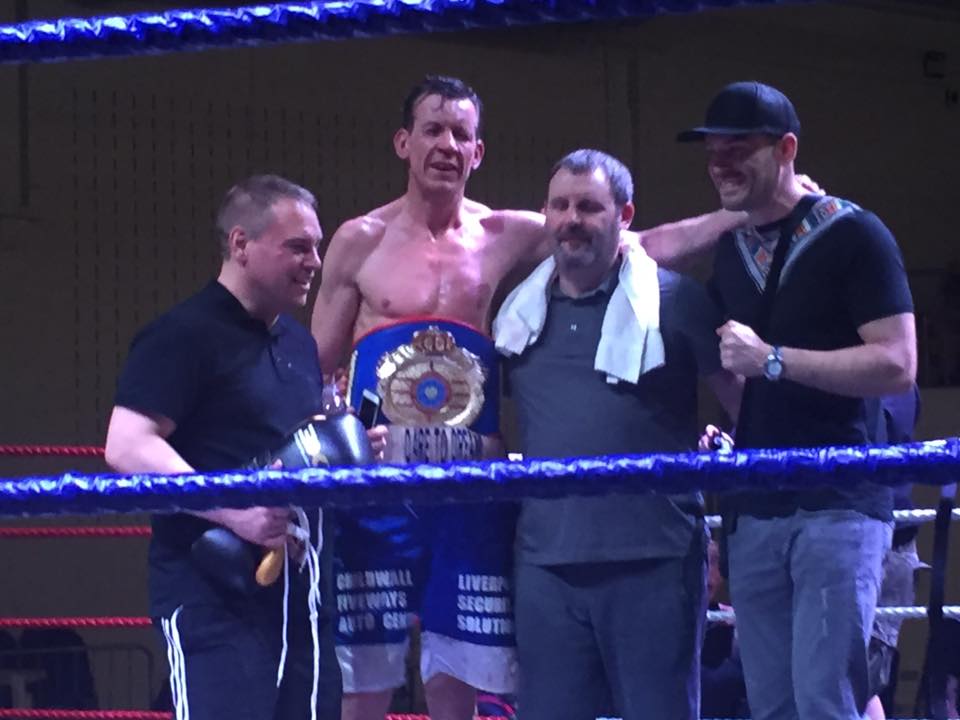 With Advice About Recovery Posture In The Ring .

Dare To Dream is Tony Moran's motto. Tony reveals how Inclined Bed Therapy (IBT) http://inclinedbedtherapy.com helped his dreams to come true when against all the odds he became the new Cruiserweight Boxing WBF World Champion. His opponent Sandy Robb is a 3 times ABA champion, who fought with everything he had over 12 gruelling rounds at a pace that any 32 year old boxer would be proud of.  But Moran, who is now 42 and giving away 10 years to Robb, fought like a 25 year old and was as fit and active in round 12 as he was in the first round. He moved around the ring jabbing with precision and unleashing powerful combination punches that would have knocked out a lesser man.

During 12 rounds, https://youtu.be/F0FicS5TBus Moran under advice from Andrew K Fletcher, stood in the corner, ignoring the seconds advise to sit down, he also lowered his hands wherever possible due to a new understanding of how gravity plays a vital role in our circulation.

Tony's story is far better than the made up Rocky Series of Films. Unlike those films, Moran's story is not fabricated, it is a true life struggle against adversity, injury and obstacles and is even more remarkable when you consider at 42 he was homeless and unable to train effectively, his fitness was  in decline after a collision in a MMA cage fight with an object that shouldn't have been there, fractured his skull and ended his MMA fighting career and he suffered a cracked rib 10 days prior to his fight with Robb.
Several years ago he thought his boxing career was over and had said so publicly. Now he is back in the Sports Arena and is running his own training School

Andrew's revolutionary discovery reveals how gravity drives the circulation in plants, trees, animals and humans and once applied to posture, he questioned why we sleep on flat beds and searched the history of beds to find many examples of historic inclined beds, some dating back 5 thousand years in Ancient Egypt and in doing so rediscovered how to “Sleep Like An Egyptian”

Hear it First On Raconteurs News !   We don't pull punches in our Interviews! Join  Andy & Jason plus a growing number of Hosts and Guests covering a wide range of interesting topics that you won't find in the main stream media. For more fascinating interviews go to www.raconteursnews.com

From Tony:
“Irrespective of the level and title, consider these facts; 12 rounds, non stop from the first second to the last In one of the toughest sports in the world.
Against the toughest and most machine like of opponents, without sitting once in any of the twelve 1 minute breaks.
Gives the evidence of which I share, as a personal trainer and coach.
That health through Clive de Carle https://www.facebook.com/clivedecarle and his nutritional expertise and Inclined Bed Therapy, devised by Andrew K Fletcher. https://www.facebook.com/andrewkfletcher
Alongside expert coaching from Fran Harding https://www.facebook.com/EnglishBoxingOrganisation and a lot of heart and determination from myself-combines to allow, for such an achievement.
Elements in all areas, I can share with any client, whatever their goals.
The service I offer for fellow athletes and boxers I have proven as fact and evidenced based.”
Message me to arrange an appointment and let's achieve your dreams together!
https://www.facebook.com/tony.moran.5492?fref=ts

This is what Tony said; Tony Moran

Andrew K Fletcher taught me, how to help my body recover faster with inclined bed therapy.

Last night I stood between every round due to Andrews scientific and deep knowledge.

The muscles and respiratory system recover twice as fast standing as sitting.

Check these fantastic men out, because they just helped me win a World Title at 42yrs Young.

Many may know and many may not...

But health and nutrition, in its purest sense, was the foundation for me restarting my boxing career last year, a month shy of my 42nd birthday and winning a World Title over 12 hard fought, non stop rounds last week would have remained a dream, if I had not found my health through nutrition. I would not have had the strength of Mind, Body & Spirit to see any of it through against all the serious life challenges, I have had to deal with.

If it were not for world renowned health expert, Clive de Carle and his link to Andrew K Fletcher, of Inclined Bed Therapy. I achieved all this, with natural methods and nothing chemical or illegal, I have reversed my clock through these natural methods, to benefit me, as a fighter and athlete. But more importantly, to benefit my life in general.

I meant to post this on Tuesday, after spending 26hrs unconscious, in my inclined bed

Notice my hands on Sunday after the fight.. 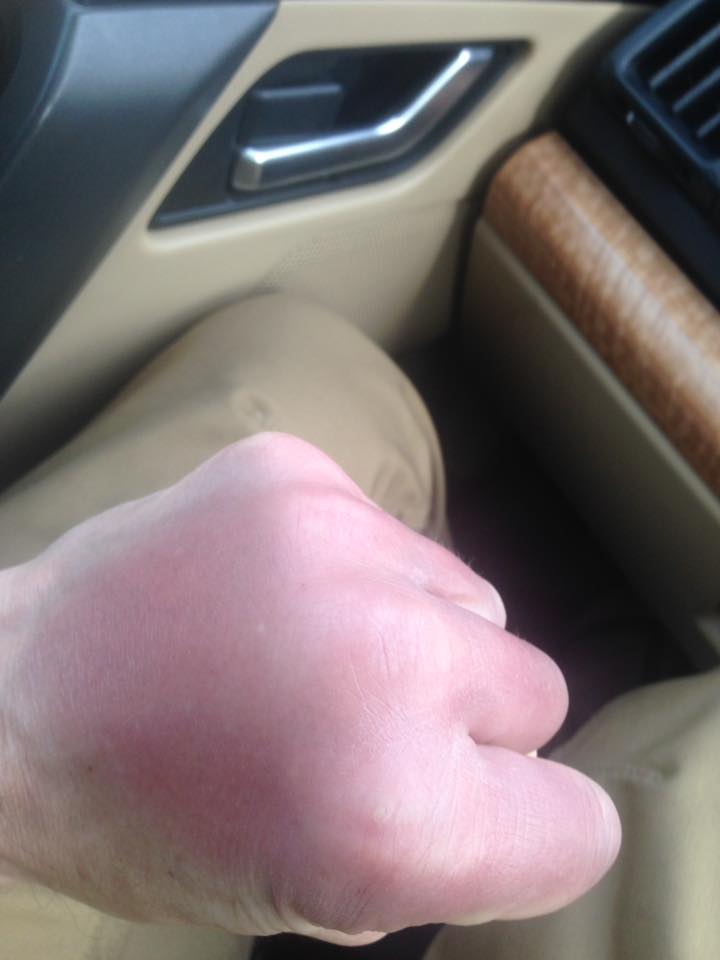 Well by Tuesday, the swelling had virtually gone and on the photos today, they are fully recovered! 28th April

So what, you may say, you TommyDickFingeredFool ??? Well trust me, I'm battle hardened and know the score, with swelling and injuries!

Difference is, for 27years I didn't sleep in an inclined bed whilst competing.. Now I do and I KNOW the difference acutely, in every conceivable way..

It's a massive reason why at 42, I can fight for 12 gruelling rounds. Against a mid 30's, machine like opponent and feel as muscularly fresh in the 12th round, as I did in the 1st..

No gimmick here and all free to include in your own life.. This shit has had disabled people walking again.. And a man I've not long known with IBT, who was constipated for 9 days at a time, going as regular as clock work after a day.. Shame it takes an unbelievable feat, of sporting endurance and achievement, to make people see its relevance though..

I've been sharing this stuff since I learned of it, through the nutrition expert, Clive de Carle, near two years ago..

Plus, when you get to watch my fight in full, See video above you will see I stood between every round.. Same story out the bed, as in it and taught to me, by the great scientific mind, of Andrew K Fletcher..

The body recovers, due to the gravity, that pushes our circulatory systems, around the body (Blood-Oxygen-Lymphatic)