What qualifications do you have for conducting this research into circulation?

It’s a fair question to ask what qualifications I have in order to question the literature that all of the qualified people rely upon.

I do not have formal medical qualifications, nor have I ever claimed to have. View the video on Youtube and listen to what the reporter states about qualifications. http://www.youtube.com/watch?v=u3D7tBQfCxQWhen I began this fascinating research journey, I had no idea where it was heading or indeed that I needed any qualifications to think freely and follow a logical direction. I still do not have a PhD on my chosen subject of gravity-assisted circulation, but what I do have is by far more useful than a framed certificate on the wall.

Having freedom to problem solve at my own pace without any external complicating influences or biases to cloud my judgement is a strength, not a weakness. What we learn in school is important of course, but what we learn through our adult life, if we choose this path, becomes a very important tool. What I learned as a pupil was that we never stop learning throughout the rest of our lives. Yes we all make mistakes and anyone that believes otherwise is deluded. In fact, science, engineering, medicine and human physiology evolves continuously from people making mistakes and seeing those mistakes corrected. While having a great memory to store volumes of historic experiments and regurgitate information without daring to question what is written, will win you those certificates on your wall, it is a recipe for science and engineering stagnation.

In this instance having no academic scored knowledge of human physiology was a bonus, because I remained ignorant of the many stumbling blocks affecting progress.

In fact, what I gleaned from absorbing countless enjoyable hours of recorded open university education programmes was the ability to spot weaknesses in arguments and conclude agreements with common sense and logic.

This method of learning at my own pace and studying subjects of interest, coupled with multidisciplinary skills learned as an adult, allowed me to look at the whole picture of circulation from a fresh and exciting perspective.

But also remember that the human body after all is akin to an engine, we put fuel in one end, remove waste from another end and it appears to function well, but could it function better?

Seeing varicose veins going flat when the bed is raised at the head end to a five degree angle, told me that our own circulation was governed by the same gravitational influences that drive the sap flow in trees and plants. However, this does not fit happily with current physiology literature, in fact, the opposite tilt is advised to temporarily relieve the pressure and oedema by shifting the problem to the upper part of the body. Which of course reverses when we are upright in the day causing stored oedema to return back to the feet and ankles. 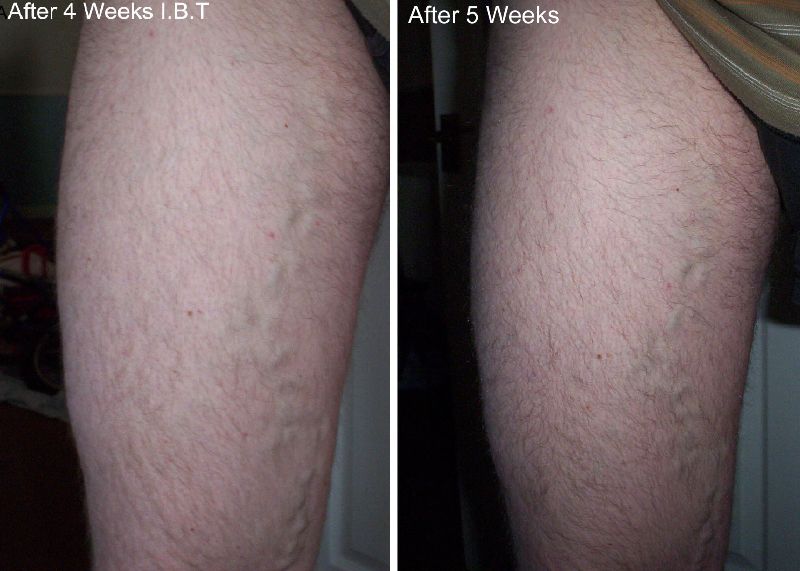 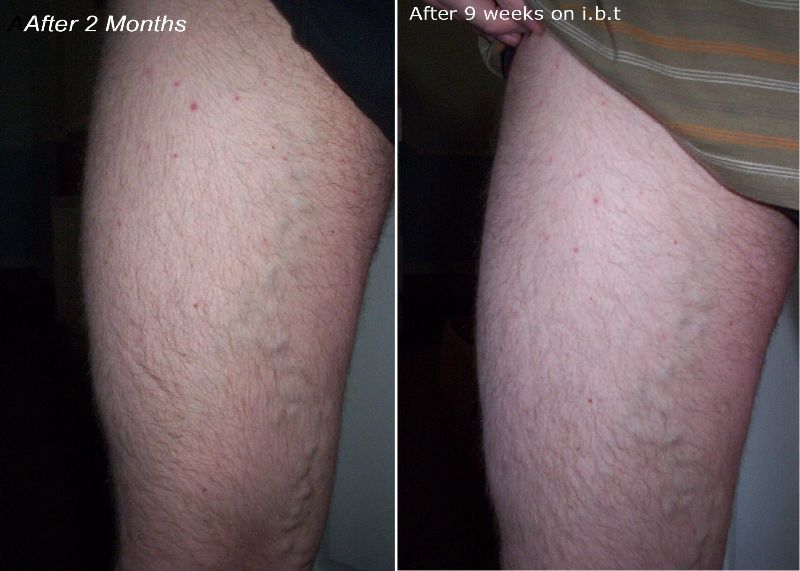 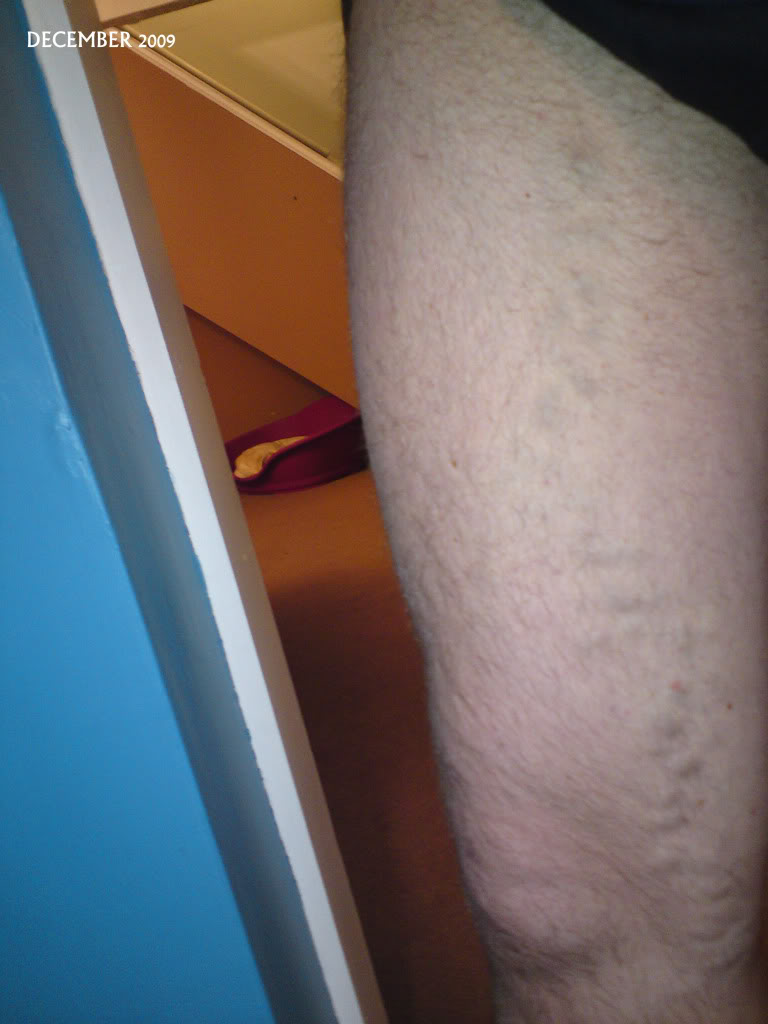 The above photograph was taken while on the bed in the moring in October. Veins are level with the skin, no visible bulging. 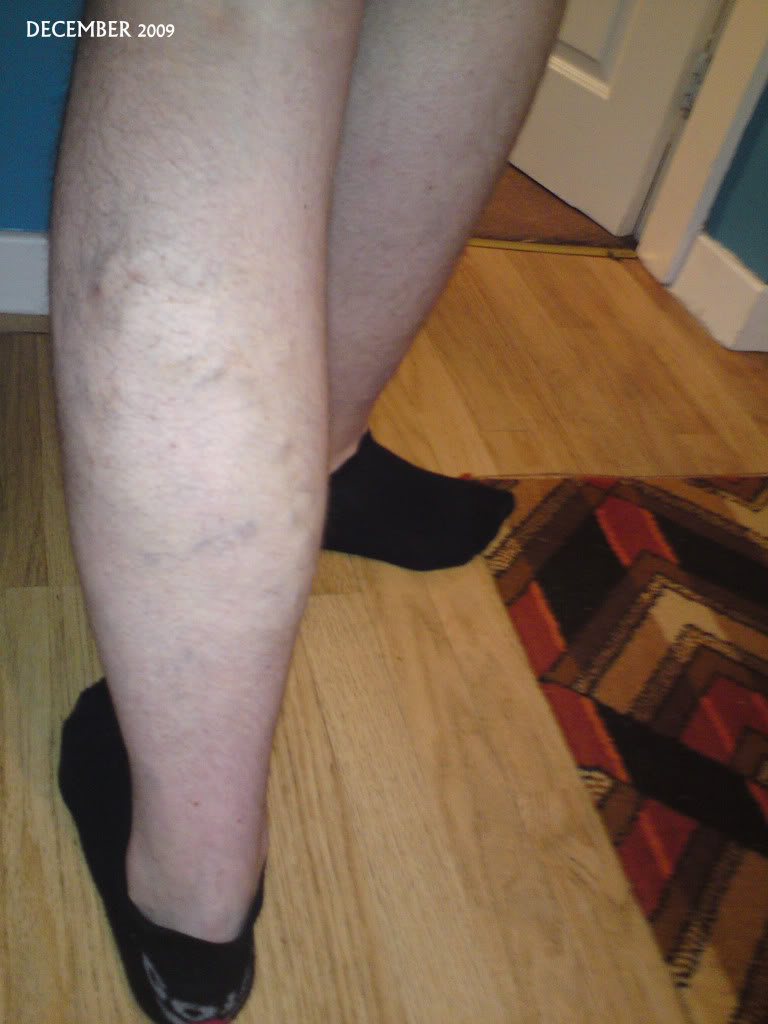 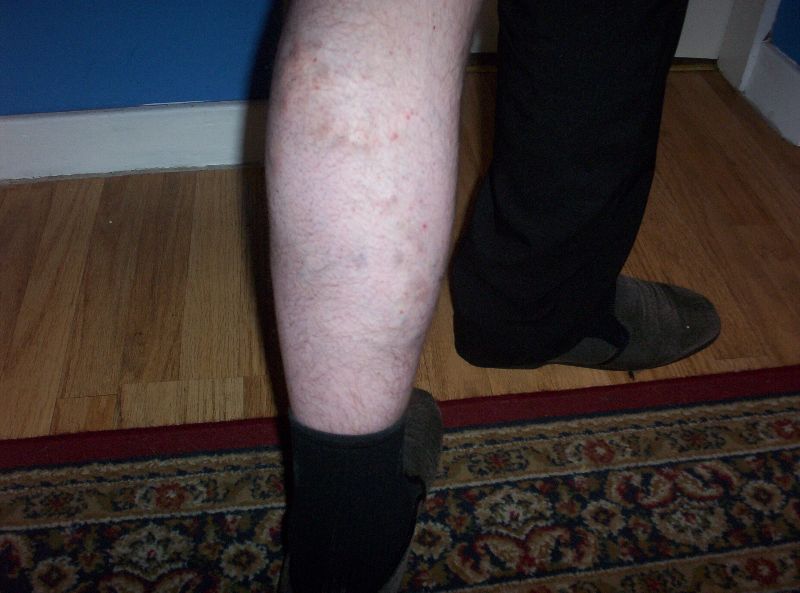 The problem with this approach is, it clearly does not resolve oedema or varicose veins (Chronic venous insufficiency) problems!The photographs of varicose veins I have provided pose some very serious problems for the literature. Here we have tilted the bed at a 5 degree head up angle that has clearly reversed the venous pressure problem that caused the varicose vein, which until now was believed to be a result of damaged valves in the veins.

However, we have not replaced the valves in this man’s legs, again this poses more problems for the literature.We are clearly altering the pressure inside the veins by relying on the pull of gravity in the correct IBT direction! So why should the veins in other parts of the body have a separate pressure dependency? What separates the jugular vein from the varicose vein in the leg for example?

For over 23 years of my life I have been dedicated to this subject, which is hardly lacking in an understanding of physiology. One would have to be blindfolded isolated, deafened and blinkered to not have absorbed a massive amount of papers and literature along this adventure.

Many years ago science was conducted by people who were fascinated by it's many unexplored avenues.

Free thinking is not a handicap, it is a useful too!

2% of people who read about my research take an interest in it and tilt their beds to see if anything can come of it. That leaves 98% to find their own avenues and I have no problem with this whatsoever.