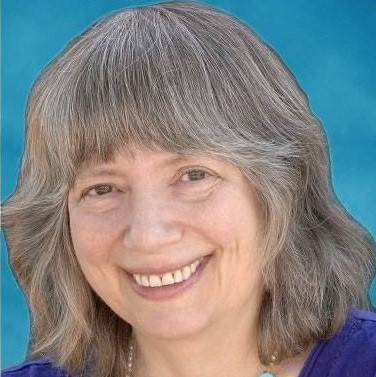 Inclined Bed Therapy (IBT) The angle of the bed can be as important as the materials with which it is constructed.

Recently, a new way of sleeping, called Inclined Bed Therapy (IBT), was developed in the United Kingdom by Andrew K. Fletcher. The head of the bed is elevated initially between three and four inches, and gradually raised to an optimum eight inches. This mode of sleeping may sound strange, but its origins are sound.

Fletcher first became interested in how we can make gravity work for us by investigating the mechanism by which trees draw water from the soil. This led to a public experiment conducted before an audience that included Forestry Commission scientists and the local press. Using a single length of 6mm bore open ended tube, and two vessels, water and minerals, Fletcher showed that water travels upwards much higher than one might think—as long as it’s part of a feedback loop where heavily mineralized water can flow down, and non-mineralized water can flow back up.

Any concentration of minerals suspended in water results in the production of heavier water. Heavy liquids produced in the uppermost parts of the tree by photosynthesis and concentrated by transpiration, must fall towards the roots because of the effect of gravity. But, for every action there must also be a reaction, and the reaction is that any downward flowing pulses of heavy mineral laden sap will cause a far greater volume of a lighter, dilute solution, in adjoining tubes, to be lifted.

. . . Some of [the heavy downward-flowing fluids] are used in the continuous cycle of growth of the tree, while any remaining heavy liquids which reach the roots are re-diluted by incoming water and flow back to the leaves having become lighter, drawn up by downward flowing concentrated solutions in a continual cycle.

The water utilization of trees applies to that of humans, too. Heavily mineralized blood plasma flows down as a result of gravity, and blood plasma that is not heavily mineralized flows back up. Due to the pumping action caused by the heavy mineral- laden fluid and the lighter fluid containing fewer minerals, there is no stagnation of movement.

However, there is stagnation when the body is horizontal. By sleeping on an incline, we make gravity work for us, and not against us. Fletcher pointed out that baboons and other primates sleep in anything but a horizontal position in the branches of trees in order to avoid predators. Cattle and sheep, when given a choice all sleep facing uphill. Birds sleep standing in an upright position. Emperor penguins, for instance, are able to withstand the harsh conditions of Antarctica’s winter as they huddle together in an upright posture for several months without food. . . . The eggs, which they incubate, are maintained at a temperature near to that of our own body temperature.

Clearly then, the metabolic rate that maintains our own and every other creatures body temperature is linked, in some way, to the force of gravity, but how? (Although a five degree incline used while sleeping has some similarities to an upright position, the two are quite different. I will address this in a moment.) Once Andrew Fletcher secured the help of his family (including pets) in his experiment with inclined beds, he was able to measure the biochemical and physiological changes that result in the body. First, urine density was found to have increased during the first morning visit to the bathroom, compared to when sleeping flat.

In addition: Measurements were taken [of heart and respiration rates] while they slept both horizontally and in the inclined position. Over several weeks, it was constantly observed that in all cases the heart rate decreased by around 10 – 12 beats per minute during inclined sleep, and the respiration rate decreased by 4 to 5 breaths per minute when compared to horizontal sleep. These measurements were later repeated and electronically confirmed by a nurse working in the Operation Recovery Room of Derriford Hospital, Plymouth. Yet the circulation, oxygen sats and metabolism in all cases was higher in the “inclined” sleep than the horizontal or traditional sleep position.

One can imagine Fletcher’s excitement as his investigation extended beyond his family to willing friends and neighbors. Reports of enormous healing benefits began pouring in. All who took part in the inclined bed therapy experiments experienced benefits, some being almost beyond belief. Several people have shown that it is possible to reverse damage to the central and peripheral nervous system, including complete spinal cord injuries and nerve damage caused in chronic progressive Multiple Sclerosis, including damage to the optic nerve.

Varicose veins, leg ulcers, edema, arthritic conditions, lethargy, muscle wastage (atrophy) and osteoporosis have all responded well to this therapy. Some respond in four weeks while others may take four months or more. An improved resistance to infection has also been observed and I am hoping that this will enable people suffering from immune deficiency disorders to achieve a stronger resistance to seasonal viruses and bacteriological infectious organisms. These results do sound too good to be true, don’t they?

Yet Australian rifer and massage therapist Ken Uzzell has reported major improvements from sleeping on a slanted bed. “I crushed my neck and lower back from an accident many years ago. Since IBT”—Ken had been doing it for only nine months when he wrote me about this —“I haven’t had any therapy or pain killers. Plus, my pelvis doesn’t go out. It’s like I never had injuries. I am close to being the fittest I have ever been.” Uzzell also observed major improvements with his massage clients who began doing IBT. All sorts of conditions were lessened or eliminated entirely: acid reflux, arthritis, back pain, edema, Multiple Sclerosis, metabolic disorders, Parkinson’s, and respiratory distress that included sleep apnea and snoring.

Some of Uzzell’s clients are professional athletes. When they began using IBT, he recalls, their coaches were “staggered” by their performance increase. “I was told not to spread the word too aggressively, since after all, people like their competitive advantage.” There are sound physiological reasons for this apparently disparate list of improvements during IBT.

1 With vastly improved circulation of bodily fluids—even though the heart is not working as hard as it does during horizontal sleep—nutrient conveyance and waste removal are more efficient.

2. the reduced compression on the spine allows the lymph tissue to move more freely and drain more easily.

3. the fascia, or membranes enveloping the muscles, unwind.

“This is eight hours of low level prolonged traction that is unwinding the fascia,” Uzzell points out. “Rife therapy unwinds the fascia as well. Relaxing the fascia is a huge boost to every system of the body.”

4 the more efficient flow of blood and lymphatic tissue allows for much better temperature regulation. This is why IBT subjects feel warmer during cold weather and cooler during hot weather.

5 the slant allows the entire spine to elongate. This encourages better hydration in the spinal discs and the fluid sacks in the joints, which leads to lessening or total elimination of back and joint pain. The mild traction effects on the spine can produce dramatic results. “Some very nasty spinal degenerative conditions appear to be reversing without the need for surgery or drugs,” Uzzell writes on his website. “Bones actually grow longer, you will grow taller. However, for a period of one to eight days, you will feel initial aches in muscles as they elongate and reset.” Note that some people feel worse before they feel better, especially involving spinal injuries. However, this is a common reaction with corrective therapies that address the underlying causes rather than just the superficial symptoms.

Fletcher writes: We found that the first week or so feels a little strange and some people experience a slight ache in the spine, that appears to move upwards into the neck, causing a slight stiffening; however, this soon disappears and seems to be a threshold that needs to be passed before the full benefits of this therapy are experienced. Several participants, including myself, have reported a slight increase in height, suggesting the spine is adopting a more upright posture and is probably due to a gentle easing or stretching in the spine.

With such a marked increase in circulation and waste removal, are there any detoxification effects on the body? “You may initially get rapid detox and resulting headaches,” Uzzell advises. “But eventually, all systems in the body will respond and normalize.

From my observations, physical trauma exits the body in about six weeks, and emotional trauma releases in three to four weeks.” Having known Ken for years as an enthusiastic rifer and dedicated scientist, I could not resist the temptation to experiment. Fortunately, my partner was also willing. He raised the head of our bed with cinder blocks to four inches (later upgrading the cinder blocks to wooden bed risers). We bought a sturdy wooden bed frame with a headboard and put the headboard at the foot of the bed to prevent the mattress (and especially blankets) from sliding downward. After a couple of weeks sleeping much more soundly, we decided to raise the bed to the highest recommended slant of 8 inches.

To my surprise, it didn’t take long for us to get used to the slant—in fact, my body seemed to crave it. Although I had one fairly rough week of increased neck and back pain, accompanied by pinched nerves (I assumed that the fascia was indeed unwinding from prior injuries), I noticed afterwards a marked increase of energy and far less pain. My partner stopped snoring almost immediately, another surprise since it had been such a serious ongoing problem. I feel confident that our health will continue to improve the more we sleep in this manner.

Now, the difference between standing upright and lying down with your head raised at a 5-degree slant. Ken explains: Edema, swollen legs due to the break down of the lymph system, is resolved. It sounds as though it should be opposite, and the legs should be elevated as per doctors instructions, but I have seen the reverse to hold more value with this problem than raising the legs. When standing upright, the fluid in the legs will not be discharged, but it is at 5 degrees.

Humans are not the only ones who like IBT. “I’ve tested the 5 degrees with numerous pets, cats and dogs,” Uzzell reports. “After shuffling around a little, they always choose to sleep uphill, and then they won’t move for the duration of their sleep.” This certainly cannot be attributable to a so-called “placebo” effect. In any case, animals will not allow themselves to be uncomfortable. If you have a painful and/or degenerative spinal condition, it’s important to ease into the change of angles very gradually.

Start with a two-inch incline and increase it only every few months. When you become used to the shift, this is your signal to raise the bed a bit higher. The bed can be raised with bricks, wooden wedges or blocks, or pieces of hard foam. Inclined Bed Therapy costs almost nothing, is totally self-administered, can eliminate pain, decrease your doctor appointments, and increase the quality of your life. Since it’s not drug-related, studies on IBT may not appear soon in the medical journals. But since it doesn’t cost much money or effort, consider trying it. You might be surprised and delighted.

Published with kind permission from Nenah